‍Look, it’s a Home Theater, No, it’s a Media Room! Differences and Similarities Beyond the Names to Know What You Want 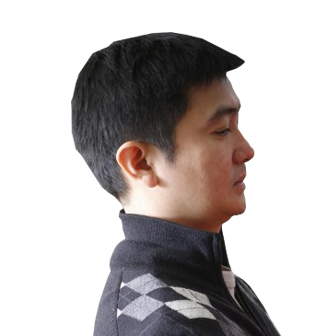 Part 1 of a series

Search for photos of media rooms on Google and you’re bound to see mostly home theaters. Media rooms have come to mean many things – and it includes home theaters, but there’s a difference between the two beyond nomenclature, as the Home Technology Association (HTA), an American industry organization for dealerships, also points out.

Let’s not forget, there’s the old standby name, audio-visual (or AV) system. So, what’s the difference? For a quick rundown, the HTA defines a home theater (and media room) as follows:

The loose definition makes media rooms a hybrid of sorts. One can tell from how a TV or set of TVs are placed. If they’re relegated to the background, it means the social and fun interactions rule. If the media room has a pool table, video arcade and the ubiquitous foosball table, then it’s mostly a media room. No matter how you define either one, Premium Digital Control can do both. We don’t pick favorites. Or define it strictly. Even an office has its version of a media room.

Man Cave or how the media room came to be

What are the glaring differences, though? A media room is certainly not optimized for the ultimate audio-video experience; it’s a social gathering room, although it is also a home theater to a certain extent. In short, a media room doesn’t play by the rules. It can be anything you really want it to be if you have a giant TV and speakers.

Starting in the new millennium, the popularity and the growing capabilities of flat-screen TVs made people think of creative ways of repurposing their rooms. For the cineaste, a media room was a variation on the home theater. It was a dedicated viewing room but without the enclosure – unless it was located in a basement where it came to be known as the Man Cave.

Few people use the term media room, as Man Cave has owned the category name since 1992 when a woman named Joanne Lovering of the Toronto Star first published the phrase for a Canadian publication, Toronto Star: “With his cave of solitude secured against wife intrusion by cold floors, musty smells and a few strategic cobwebs, he will stay down there for hours nestled in a very manly magazines and open boxes of tools. Let's call the basement, man cave.”

The Man Cave is not limited to a basement, though, as every unused room could be turned into one. It was about men finding a multipurpose space, outfitting it with a large flat-screen television, surround sound and cozy cushion seating.

Historically, the wife or women have always held substantial authority in the design and decor of the entire house. Back in the day, women managed the household on their own, so it was all about making a place homey, just as it should. But now there’s a woman cave, too, except that it has nothing to do with smart technology and more about wellness in organic form.

How to prepare for your media room

Men and women with their kids – or families – custom-build media rooms in different ways over the years. So, how do you customize or prepare your room to become a media room or entertainment space? Other than the obvious – TV and speakers, ask yourself the following:

Are you one or the other? How do you know what you want? Here’s a checklist for you.

How to know if you’re a media room person

How to know if you’re a home theater person

When you have decided which direction you want to go, please contact us. Don’t count out the fact that you can have both –  a media room and home theater. Or that you like it to be not just in your personal property but place of business.

How to get started working with us

REQUEST COMPLIMENTARY CONSULTATION
1
Speak to an expert about your goals and get your questions answered. We will create a personalized plan and design with our CAD drawing team.
2
We will schedule a day that is good for you and accomplish the installation and programming of your devices.
3
Enjoy 24/7 customer service as soon as your project is accomplished in case you want to do any updates or have any questions about the system.